The Adams fly is almost a century old. It is the unquestioned top selling dry fly pattern. Leonard Halladay is credited for designing the original pattern in 1922 naming the pattern after his fishing buddy Charles Adams. 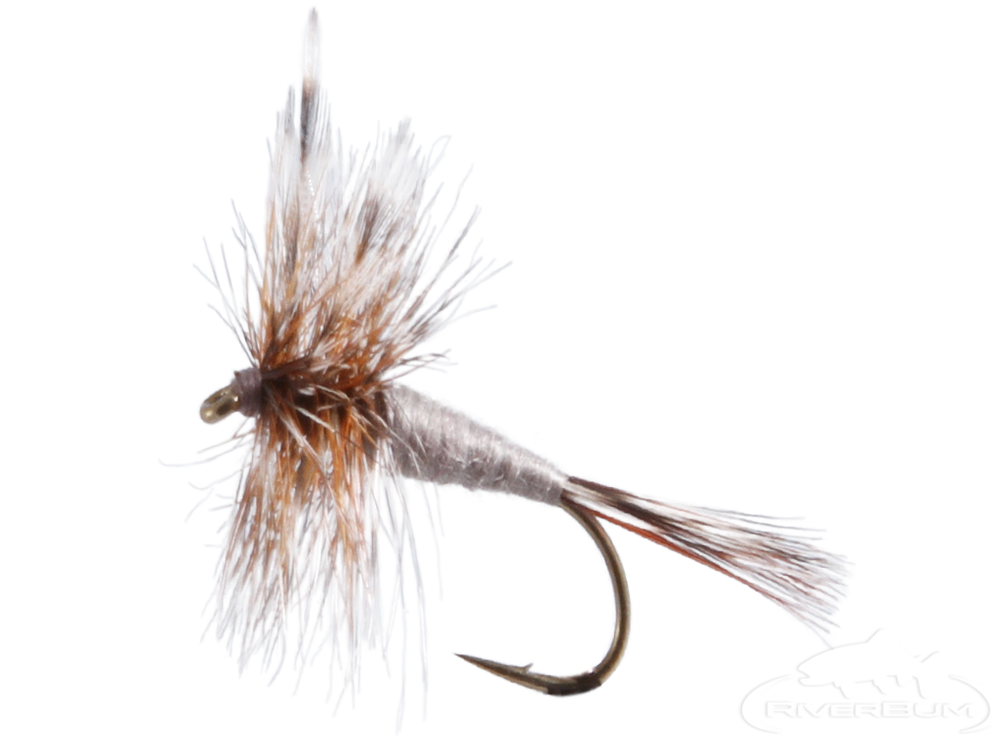 Leonard lived in Mayfield Michigan and frequented the Boardman River. He began tying flies at the ripe “old age” of 17 and soon developed himself a reputation as a local expert. Legend has it that Charles Adams went on a trip to Arbutus Lake just north of Mayfield and came back with a couple of samples of the hatch.

However, the actual mayfly it is supposed to represent remains a mystery. It matches several species exceptionally well and is very “buggy” for sure. Halladay tied him some flies and Adams had one of those days dreams are made of. Word quickly spread, the orders kept coming in, and the rest is history.

The fly has changed some over the years, but the basic pattern has remained. The wool was changed out to muskrat fur for buoyancy. In the 30’s the wing pattern changed from being closer and angled forward over the head to more upright and apart. Several years later, the tail was changed from golden pheasant to a mix of grizzly and hackle.

Over the years, other variations have been made to the ubiquitous fly. There’s a female version featuring bright yellow imitating the egg sack, there a parachute version, the irresistible version, and even the purple haze which is basically an Adams dry fly substituting out grey thread for purple. 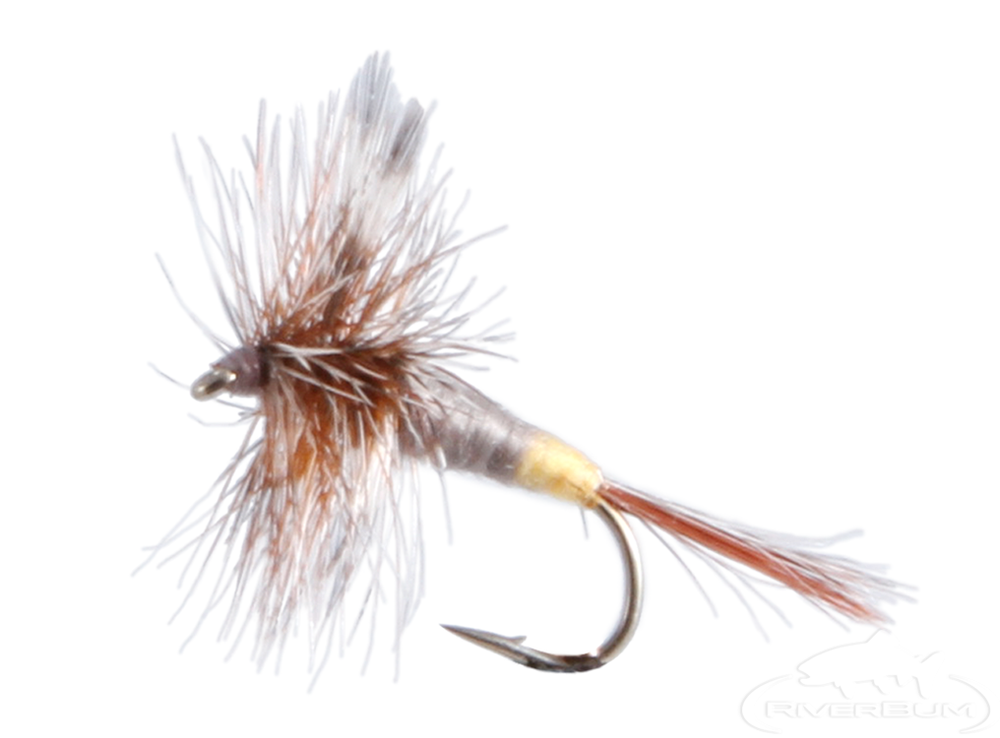 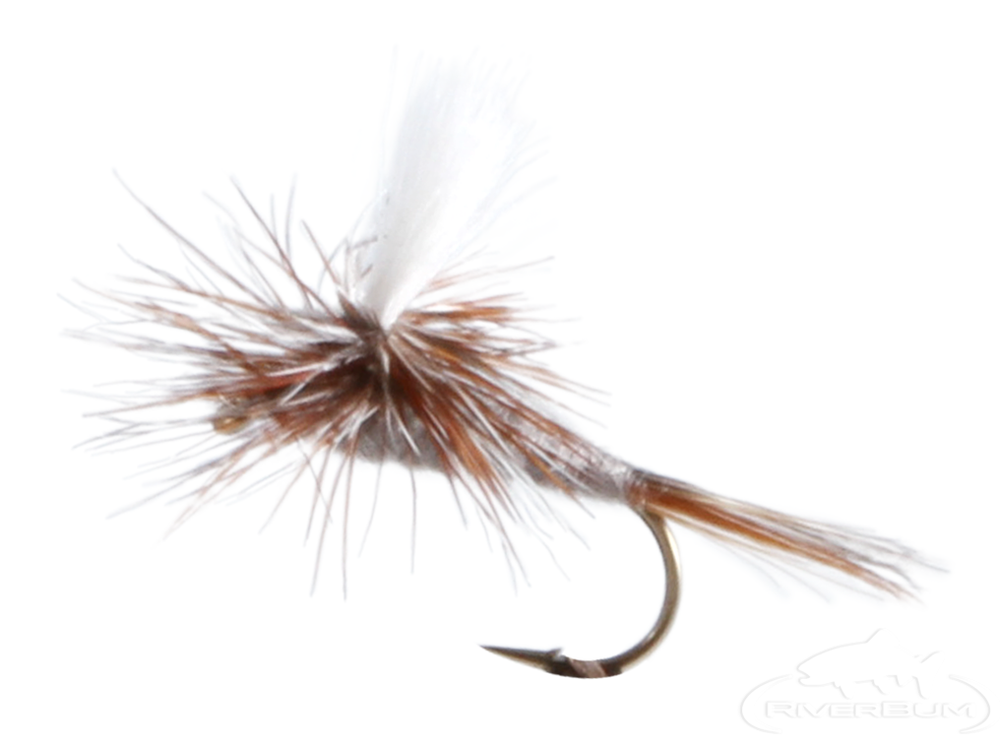 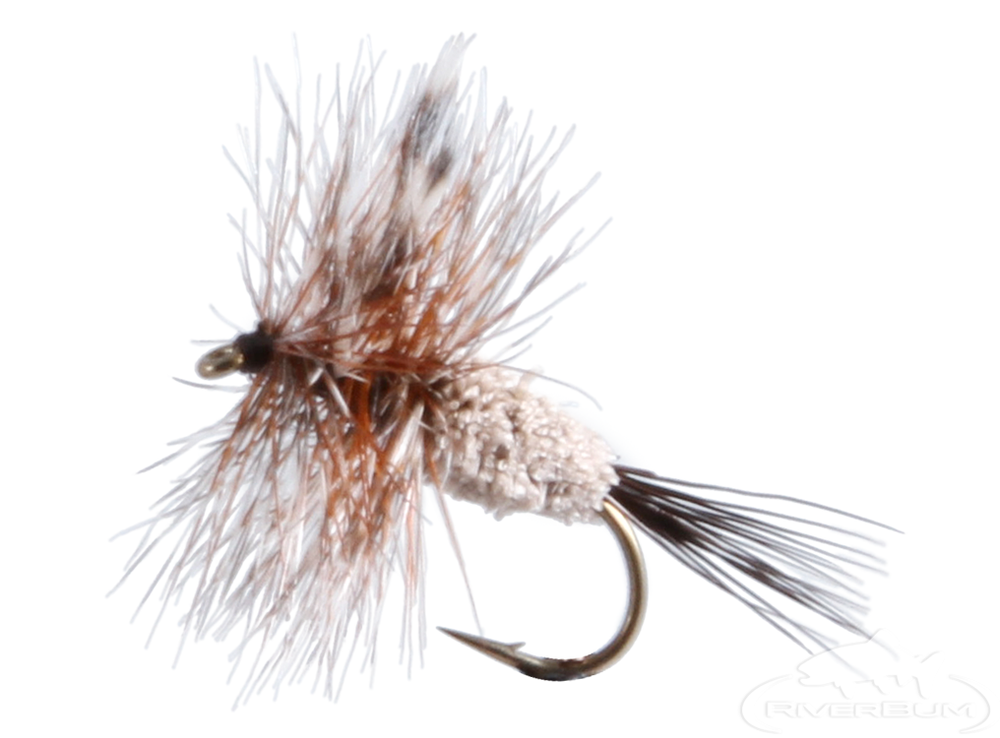 The Adams fly is one for the ages. I would serious doubt there’s a dry fly box in the country that doesn’t have this fly.