I been very fortunate in life to be able to have gone on many of a guided fly-fishing trip. There are several things I’ve learned along the way.

Roll With The Punches

Guides are paid to know their waters, provide instruction, and put you on fish. They do not control the weather, the snowpack, or others on the river. I’ve fished the “Salmon Fly Hatch” with RiverBum Pro Jim Mitchell several times. There were occasions where we actually fished the Blackfoot throwing big orange flip flop in the water seeing rainbows, browns and cutties explode on the big bugs. Then there were the other times where that hatch was earlier, later etc. and a salmon fly wouldn’t catch a cold.

Good guides book early. You really only have two choices. One, wait to the last minute to determine when whatever desired hatch is you are trying to hit and hope for a cancellation. Two, roll with the punches baby.

Every Year is Different

Every year we are blessed with a new river. Snowpack varies, run off varies, structure in the water moves, holes are created and destroyed. All these differences affect water levels, flows and temperature.

With Western and Rocky Mountain early hatches, it can be a challenge hitting them just right. Notable hatches like the Skwala, March Brown, Salmon Fly, and Yellow stones. Not only are you going to have a timing issue, but a river conditions to deal with as well. The Clark Fork near Regis, Montana can go from 1,500 cfs to over 50,000cfs! That’s a lot of water pushing down the river. Want to hit the Salmon Fly hatch? There’s general a period where it drops from 40,000cfs to 20,000cfs as the first push of lower level snow pack has melted off. When is that? The first week of June…..sort of….then you’ll get another push of higher elevation snow melt right after that getting you up to an unfishable and dangerous 50,000cfs 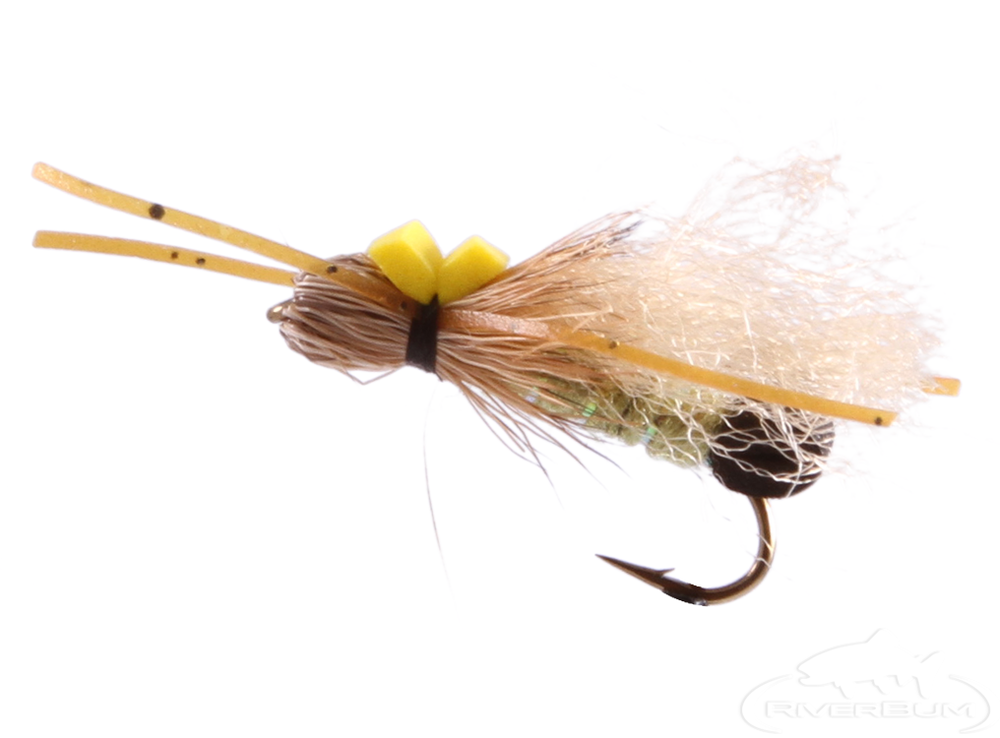 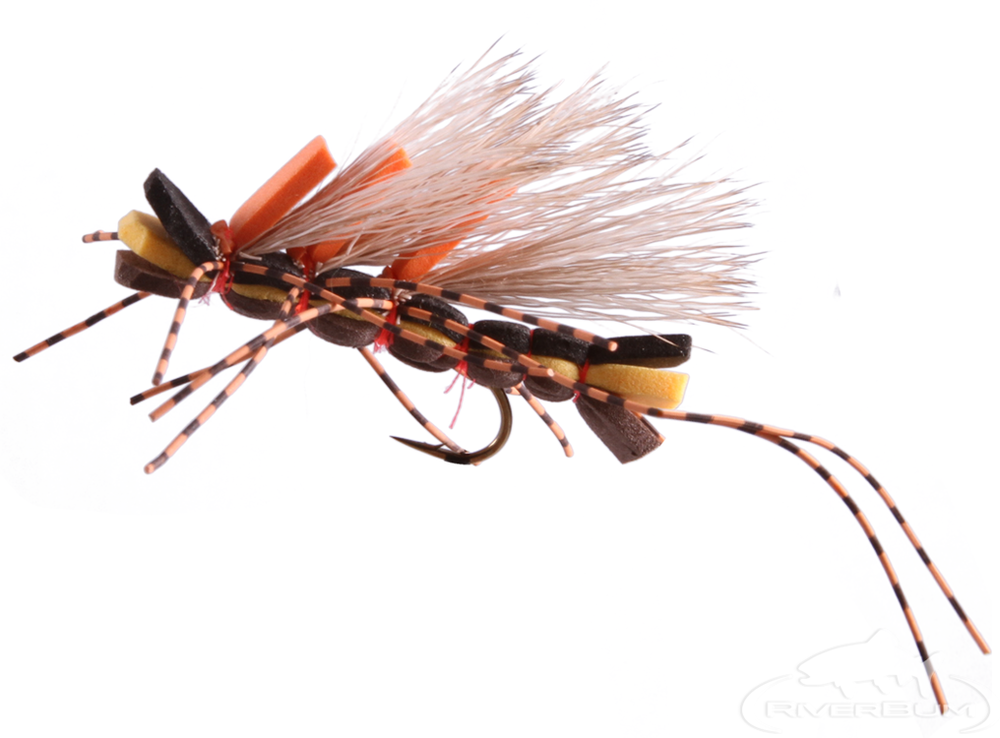 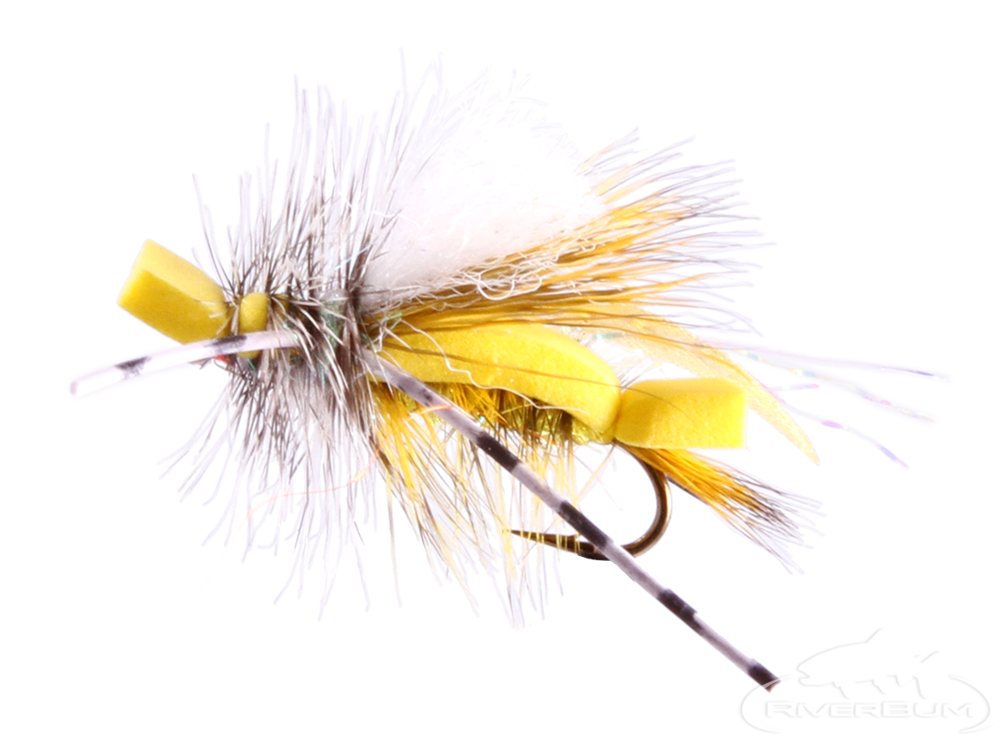 It’s All About Expectations

This is where rolling with the punches and a good mental outlook comes to play. No guide should put you in a dangerous situation. But you flew all the way to Montana to fish. These hatches are epic, they really are. Understand that there’s a 50/50 shot you are going to hit them.

You can look at it one of two ways. One, your trip is ruined and look at it as a waste of money. Two, you have the opportunity to fish a different way, a different river, a different hatch. On one trip with Jim trying to hit the Salmon Fly hatch on the Blackfoot that didn’t happen, Jim introduced me to the Brindle Chute on the Bitterroot. Its little-known secret weapon out west. Man, did we catch fish. That day on the far more fishable Bitterroot, it was all about the Bridle Chute with a Lightning Bug dropper. I loved this fly so much that I immediately had it commercially tied for RiverBum. Flash forward a couple of years later, I’m fishing a native brook trout stream with Jeff Gensheimer, tie one of these babies on, and started smashing brookies!

Guides work their tails off for a living and don’t make a ton of money, even some of the famous ones with TV shows and Podcasts. Do yourself a favor, try to learn something. These folks teach for a living. It’d be a shame not to learn something. Get some casting lessons, learn to fish a different way than you normally do, or try something you haven’t tried before. I guarantee you’ll have a better experience than if you’re drunk and obnoxious. Guides are humans too. How do you think they are going to work harder for, someone that is respectful and wants to learn something or someone being a putz?

Tipping is a personal issue. If I can’t afford the tip and the trip, I don’t go. Each to their own. My tip is always a direct reflection of the skill and effort, not necessarily whether or not I caught the biggest and most. I remember fondly a trip with Hilary Hutcherson on the Middle fork of the Flathead where the trip was all about fishing with my then 7-year-old daughter Maddie. It was a fantastic experience; one I have burned into my memory.

That’s it for now my fishy friends. We only have this one beautiful mother nature, take care of her. Pack it in, Pack it Out