How Water Temperature Affects Your Fishing 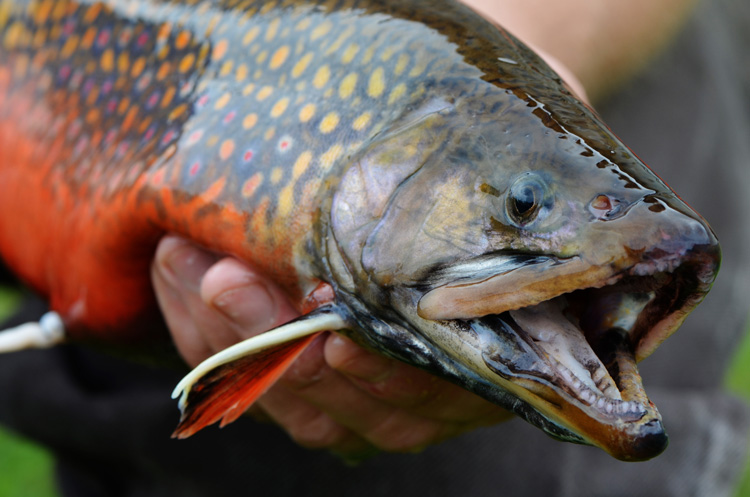 Why is rising water temps important? They can be lethal to trout. Why is that? Simply put, they are cold blooded. What does cold blooded mean? Simply put, it’s a kind of animal whose body temperature varies with its environment. Other great examples reptiles like snakes and aligators.

If you practice catch and release and continue fishing freestone rivers and streams when the water temperature gets too high, you run the risk of killing the trout you intended to safely release. So what does water temperature mean when it relates to trout? Should you carry a stream thermometer? At what temperatures will the water be lethal to trout?

A stream thermometer is a very useful tool when it comes to fishing for trout. It could tell you where the fish are holding, how they are feeding and when you should probably switch from a freestone fishery to a tailwater fishery.

If you see trout holding in one place opening and closing their mouths, they are stressed. They are not feeding. They are trying to circulate more water around their gills to get more dissolved oxygen. It’s like they are gasping for air.

Cutthroat’s optimal feeding and movement water temperatures are 38 to 60 degrees, another species that requires a lot of oxygenated water. When the water temperature hits 61 degrees, the Cutthroats will begin to stress and feed less. The lethal temperature for a Cutthroat Trout is 68 degrees.

Rainbows and Browns are the hardier of the trout family and don’t require the oxygen levels that others do. The optimal feeding and movement water temperatures for them is 45 to 68 degrees. When the water temperature hits 69 degrees, both species will begin to get stressed. If the water temperature continues to rise and gets in the 75 to 78-degree range for an extended period, it can be lethal for Rainbow and Brown Trout.

Checking water temperature to try to protect the fisheries is really important for the fish. It’s our job to protect them and their habitat. That’s it for now my fishy friends, pack it in, pack it out!