I love rainbows, I really do. These fish are strong, tail walking beauties. There’s nothing like seeing the acrobatic runs of a rainbow on the end of your line. Fortunately, rainbows are the most ubiquitous species of trout with native ranging from North Mexico, the East Coast, Rockies, West Coast and Canada.

There are two types of rainbows, generally speaking. There’s the traditional red band, and there’s steelhead which are migratory. There are however, hundreds of strains and varieties.

Rainbows are the most stocked trout species. There are ample stocked ponds, rivers and lakes throughout the United States and frankly the world. Rainbows can get big, very big.

Rainbow trout are aggressive predatory fish with a diverse diet. They will routinely feed on all forms of aquatic insects, terrestrials, eggs, and are known to take mice and other small creatures. They will prey on small fish up to one-third of their length, crayfish, shrimp, and other crustaceans. As rainbow trout grow, the proportion of fish consumed increases in most populations.

Rainbows also consume decomposing flesh from carcasses of other fish. The flesh fly is a hugely productive pattern after a salmon run. 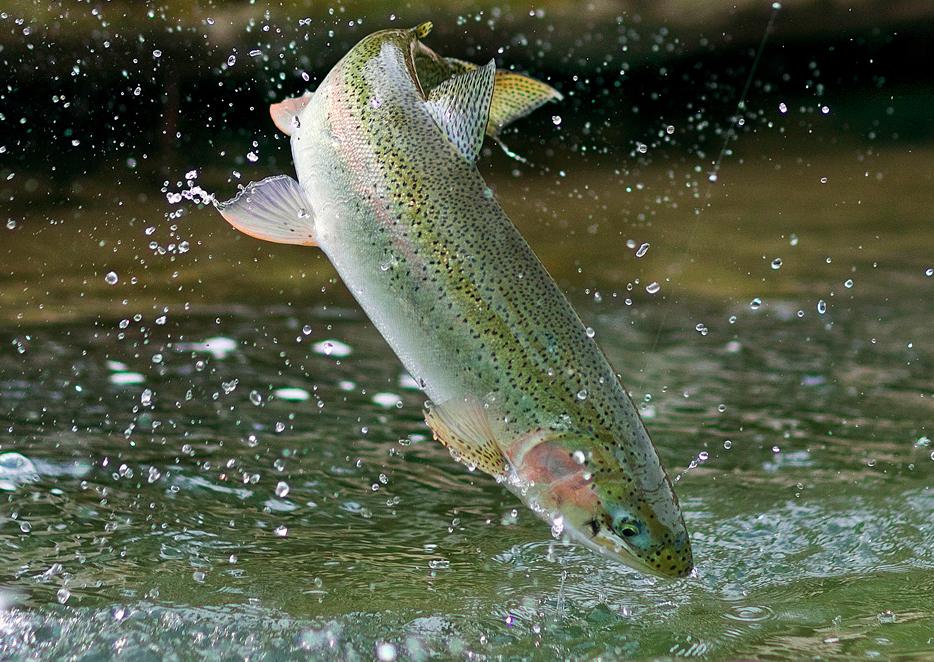 Spring time spawners, these fish will make redds like any other trout species. Unfortunately, rainbows hybridize with other, more rare trout species, thereby affecting their genetic integrity of that species.

There are many other areas as well where rainbows have been introduced that have harmed native trout species. These were predominately governmental introductions that went wrong. I say this just to highlight that as an individual, we should never take any species of fish and introduce it to another. The likelihood is that it will cause more harm than good.

If you want to catch a tiger by the tail, target some rainbows. They are a blast to catch. I catch them on dries (personal favorite), nymphs and streamers. If you hook into a nice 20” to 24” rainbow, you’ll be in for the ride of your life!