Catching big bull trout is the cold water equivalent to catching big pike and musky. These fish are top predators. They are big, mean, and tough to catch. But when you do…..look out!

However, let me get something out of the way right off the top. There are some areas where fly fishing for bull trout is illegal. There are other areas where they are abundant and perfectly legal.

If they are illegal to target, the restriction is there for a reason. Follow the rules and regulations of the waters you fish.

Washington, Oregon, Idaho, Montana, Utah and Colorado all have fairly healthy bull trout populations. Northwards in Canada, the populations are even stronger.

Know your river sheds though. It’s illegal to target bull trout in Montana, but it is fine in Idaho.

I do however, know of no river where catch and keep is legal. Even so, as with any top predator, they are a finite resource and here at RiverBum we strongly recommend catch and release - and a very quick one at that.

Your fight will be long and hard. The fish will be tired. Anything more than 5 seconds out of the water and you are putting the fish at risk. Pull your hook in the water. Get a quick photo if you must, then let ‘em go.

Bull trout are the top predators in the watersheds they inhabit. Gin clear, ice cold water. They tend to dwell on the bottom of the lakes and rivers they inhabit. These fish are meat eaters. They will feed on cutthroat, rainbow, sculpin, whitefish…..anything that swims. They have been known to even take ducklings and snakes! 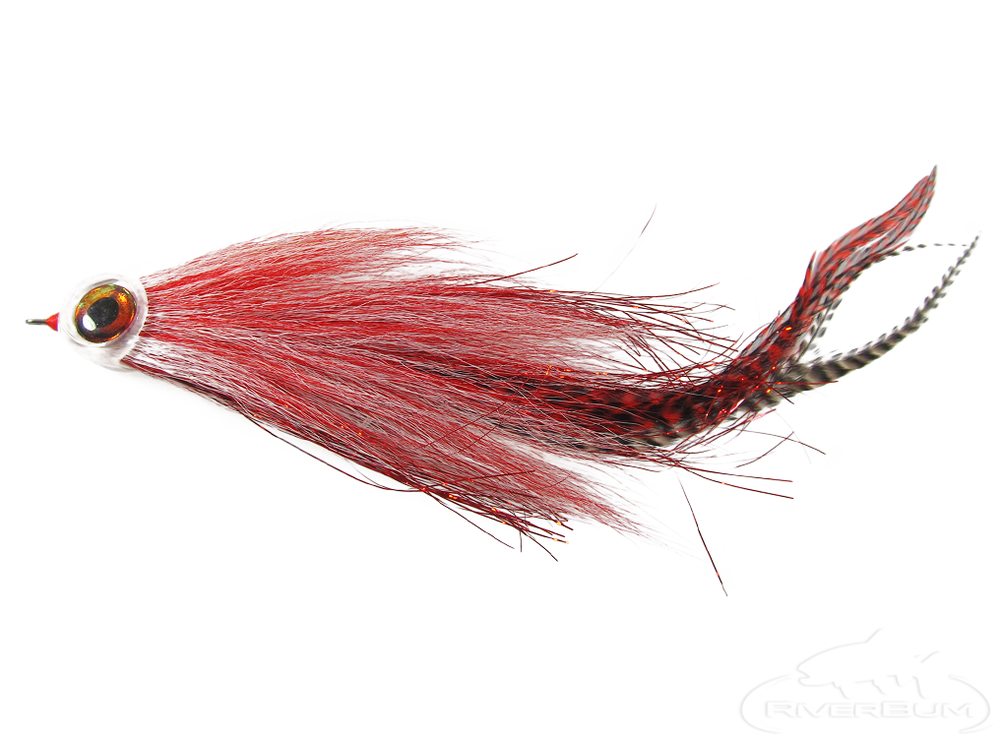 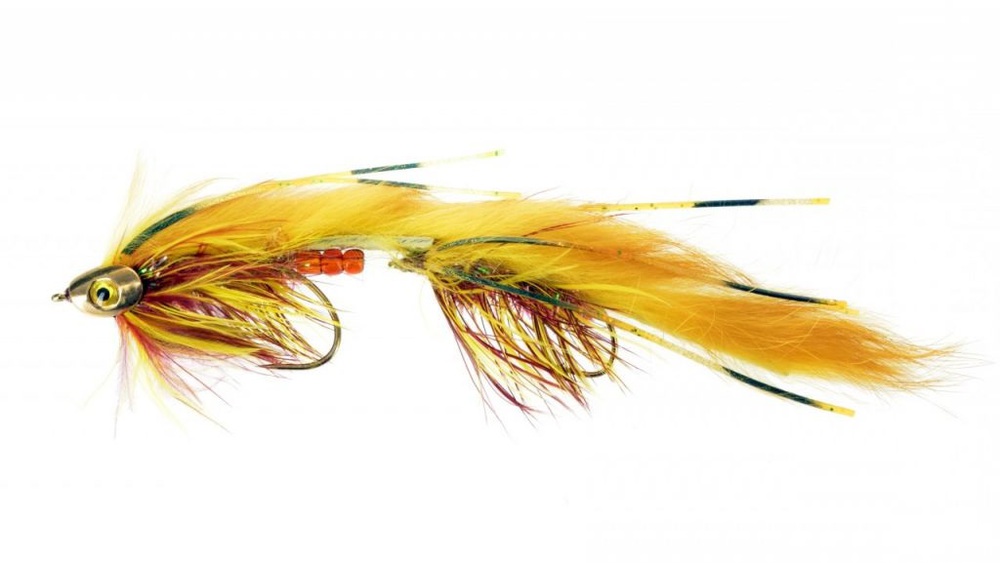 Because of their propensity to eat other fish, large streamers are the main course here. When I mean large, I mean very large. Let’s put it this way, I was on a trip on the Blackfoot river in Missoula fishing the Salmonfly hatch for cutties, bows and browns. In a deep hole, I hooked up with an about 10” cutthroat trout. I was playing the “small” fish as usual when from out of the deep a huge bull trout smacked and took the cutthroat!

Get the idea? Bigger is better. There’s no wooly buggers in this game.

The smallest fly I chuck is a  Cousin It. This fly produces quite nicely. I’ll also throw a Mr. Creepo and a Candyman. I’d say 60% of the time, this is what I’m throwing. However, when I do target bulls and really go for the big boys, I do carry some heavier artillery. I actually will use Musky and Saltwater flies. I’ll throw a  Devil’s Tickler, a Trick or Treat, or even a Witch’s Broom. I’ve also caught bulls off of tarpon flies and needlefish patterns.

On rivers, I’ve found the fall is the best time to catch them. You can catch them year round, but like most fall spawning species, they are exceptionally aggressive in the spawn period. They spawn between September and November.

Like all other salmonids, they require exceptionally clear, well-oxygenated water, with gravel. Find a spot with a large deep pool and a spawning area up river, and you’re in business.

I don’t fish with anything less than a 6wt. While not a very common rod, I actually prefer my 7wt. I can bug whip the big flies just fine, and still get plenty of fight but not have to play them forever and risk hurting them. That’s my preferred stick.

If new to the game, I’d suggest an 8wt to be on the safe side. Use your sink tip lines. You’ll be fishing 10-30 deep pools in most river situations. You’re going to want at least a 300 grain in most situations.

As usual, I always have a couple of sticks ready to roll of different weights. Hey, it’s an addition. Actually, by definition an addition is something you want to quit right? Forget about that, it’s a PASSION! 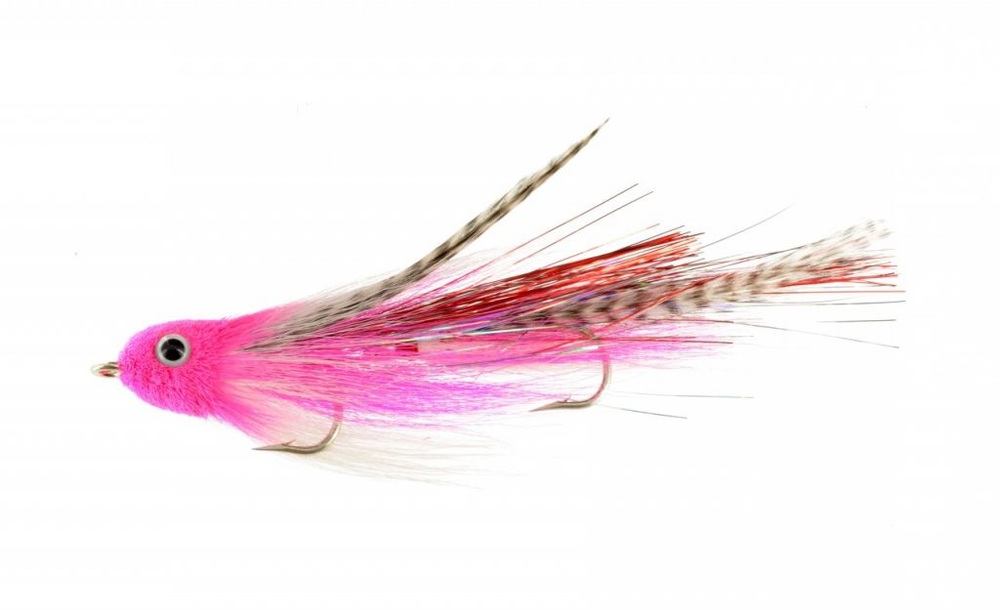 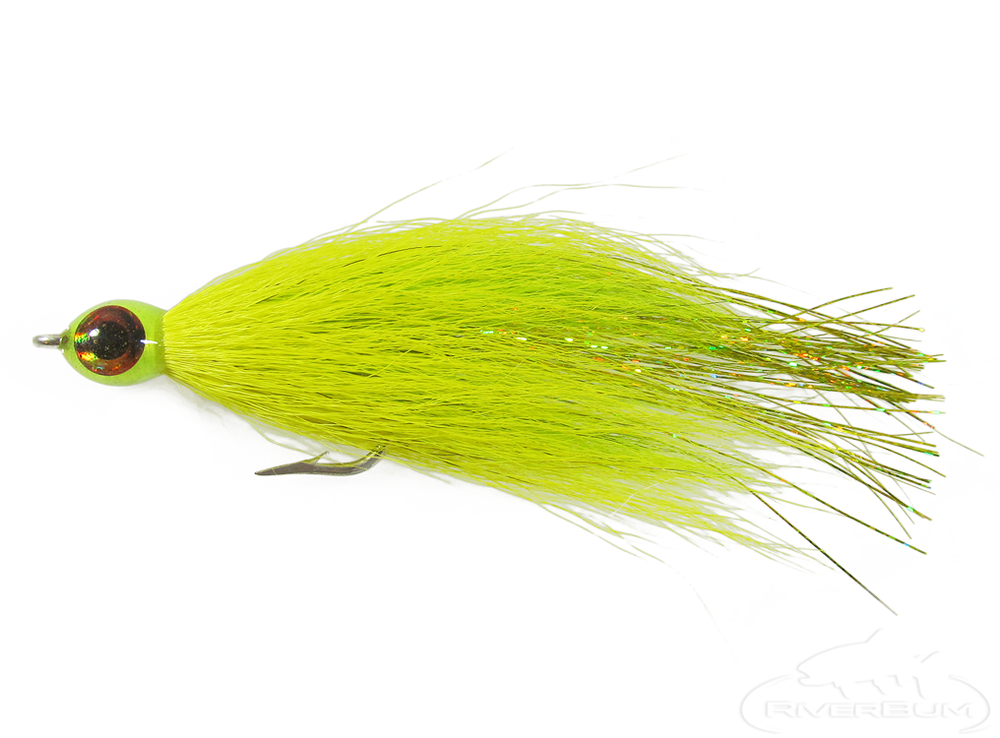 This is a special fish and enormously fun to catch. If you can target and catch bull trout, your are taking your fly fishing skill to the next level.