I’ve had cabin fever pretty bad lately and I was going out last week no matter what. Mother Nature was nice enough to cooperate, as well as some hungry cutties! What a fantastic way to end February. The weather behaved, the rivers dropped and the fishing was good.

I hit the Coeur d’Alene River in Northern Idaho for some early season action. I had my best luck on a #14 black, rubber leg stonefly imitation. Not really unexpected for this time of year. What was really unexpected was the streamer bit.

There’s several deep, wintering holes up and down the river. I had some great takes on the Cousin It and the Purple Muddler Minnow. But that wasn’t the highlight of the trip. While I was fishing one of my favorite spots, a young kid emerges through the brush. Polite, he asked if I didn’t mind if he fished down river of me a bit.

From an etiquette standpoint, you would normally fish up river if you’re second on the water, but I don’t really get up tight about those things, and I could tell the kid didn’t know any better anyway. I watched him swat the water for a good bit….and stare at me whenever I hooked up with a fish.

I put down my gear and moseyed on down to him and asked him if he wanted any help. First off, he was fishing a #10 yellow humpy. I couldn’t think of a worse fly given the time of year and conditions. Apparently a fly shop had set him up….not so well.

I worked with him on his cast a bit before changing out his fly. Just the basics, overhead cast, roll cast, and coaching him on mending and getting a good drag free drift. I then hooked him up with some flies for his box, let him know where and when to use them (dries, emergers, nymphs) and then rigged him up with what I was using.

Almost on cue, first cast with the new rig, he hooked up with his first fish of the day. You couldn’t have written it up any better. The look on his face was priceless. There’s nothing better than seeing the joy exhibited by someone hooking into a fish. Kevin shared with me that he was very close to giving up on the sport until that moment.

Kevin is just a young kid, 18 years old. Unfortunately, he had already received some treatment from some folks in this industry that I do take issue with. He had been completely hooked up with the wrong flies, leader and tippet. He had already been made fun of and scorned because of his inability to cast and catch fish.

I have also been working with a woman from Texas, Tina, who unfortunately has experienced some of the same treatment. An avid hunter, she had become very interested in Fly Fishing, but ran into some of the same challenges.  The fly fishing snob factor.

This is the one thing about fly fishing that I cannot stand. I have a lot of patience for a lot of things, but this behavior isn’t one of them. The elitism you sometimes run into is just unpalatable. We all started out knowing NOTHING. None of us were born champion casters and fishing pros. We have worked on our craft, gotten better and more skilled…..but we all started out knowing absolutely nothing.

I reject the notion that there is a “special club” you need to be in to participate in this great sport of ours. Our goal at RiverBum is to open up to the sport to all folks, from all walks of life, regardless of age, gender, or income bracket.  The more we open up this sport, to more folks, the better off we all are in the long run.

I packed out a bag of trash on my trip. Unfortunately, almost every time I go fishing on this river, I find areas littered. If we had more fly fisherman, we would have more stewards of our waters. More money invested in the industry, more conservation, and more folks to call out those that desecrate our beloved waters. We don’t need less folks in this industry, we need more.

Regardless whether it is sport, industry, or socially, when you practice exclusion, you inhibit creativity, you retard growth and opportunity, and you hurt yourself and your interests far more than others.

It costs nothing to give someone a little bit of your time, a little bit of advice, and to be a decent human being.  I encourage of you to spread what is right and good about this sport.  Be positive, be helpful.  When you light someone else's candle, the room is brighter for everyone.

"To go fishing is the chance to wash one's soul with pure air, with the rush of the brook, or with the shimmer of sun on blue water. It brings meekness and inspiration from the decency of nature, charity toward tackle-makers, patience toward fish, a mockery of profits and egos, a quieting of hate, a rejoicing that you do not have to decide a darned thing until next week. And it is discipline in the equality of men - for all men are equal before fish."
~Herbert Hoover 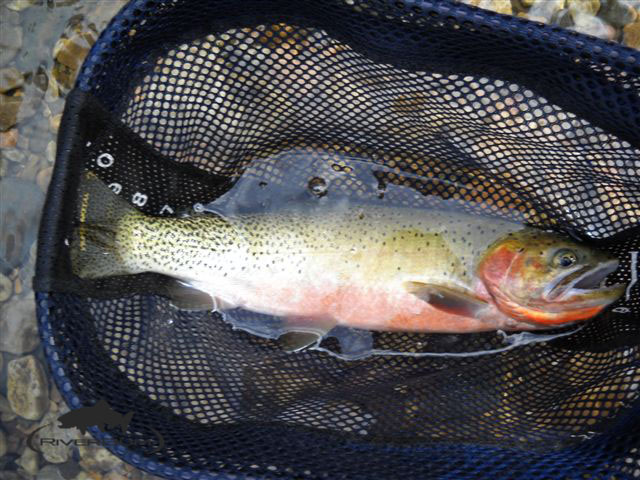